Photograph as ‘The Mental Thing’ According to Henri Cartier-Bresson (HCB)

Just like the ones who do not care the name of the book they read since they are only care about the words; Henri Cartier-Bresson cared about a good photo instead of focusing on what was seen. In order to approach his thinking practices that made him approach good photo, it’s needed to understand the difference between thought as ‘realizing’ and the thought that means ‘nonstop drafting by itching’. This difference is opened to ‘intuition’ that is coalescing with the mind instead of heading to glance from mind, so that ‘intuition’ is the path that took Cartier-Bresson not only to good photograph but also to the silence, modesty and finally satisfied life.

One of the factors that caused Cartier-Bresson to handle photograph mentally is Eugen Herrigel’s book called ‘Zen in the Art of Archery, according to his biographies. Also one of the reference source of my observation ‘Photograph, The Mental Thing Θ’, ‘Zen in the Art of Archery must have reinforced the concept of ‘decisive moment’ that HCB mentioned before and must have make him add some new adding’s; we can see this both in sayings of Cartier-Bresson and his photographic approach. Difference of ‘HCB doctrine’ that predicts a mental approach as well as a visional to photography in photography history: It doesn’t recommend unconscious mind to be used directly. This doctrine morely refers to that only by realizing unconscious mind (psychodynamic self) to suppress inner voice and the photographic intuition only can be approached by equipping unconscious mind’s facts that; this requires developing a thinking model that prioritizes making a balance between conscious and outer distractors. Otherwise, the eye in a photography that has ability to focus/separate sees, the mind classifies and while the hand is taking it, if the mental one is interrupted or dealing with mental draft (prominence); the mind heads to general pattern, to its urges, to distracting views, to cliché or kitsch (What HCB calls it, being caught by the phenomenon.) However, the ‘photographical image’ according to Cartier-Bresson is: reception of phenomenon’s, placing to the mind and having a visually of the photo in the mind which will appear in the frame before taking it (cosa mentale).
read text in TR Θ 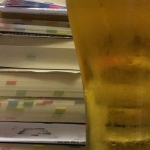 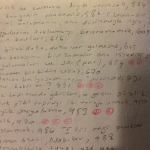 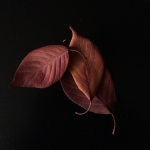 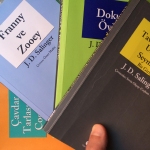